Believe It or Not, You Are Part of the Problem… 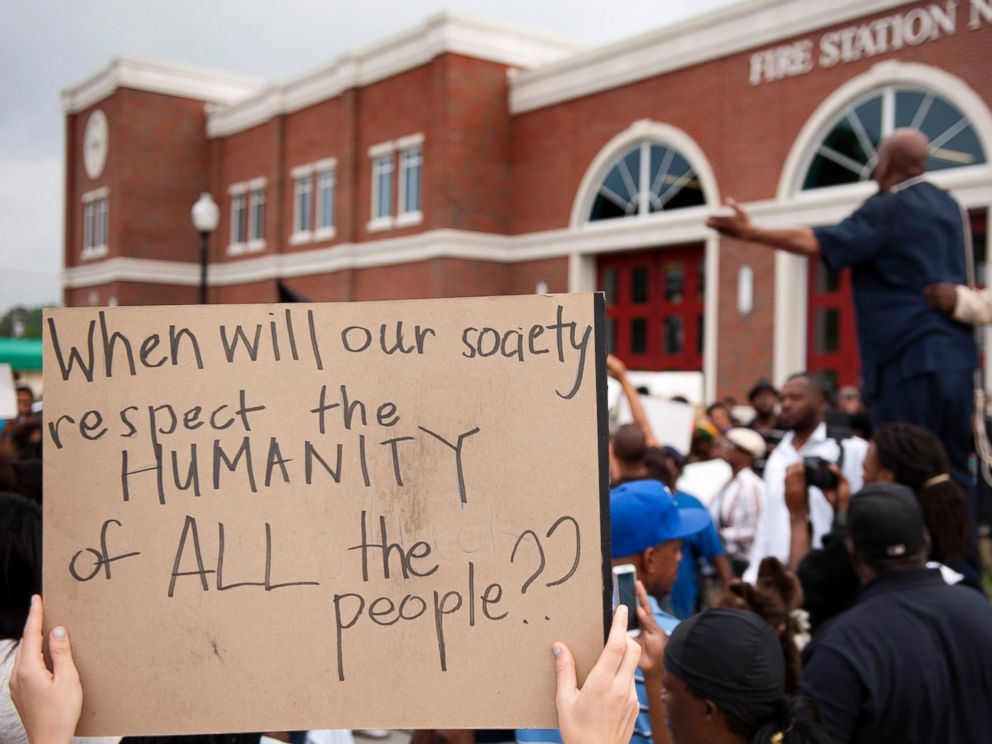 Eldridge Cleaver said “If you’re not part of the solution, you’re part of the problem.” Unless you’ve been living under a rock for the last week, you know that we’ve definitely got a problem; this week the focus happens to be in Ferguson, MO. This, however, is not the first, second or even third time that police brutality has been a hot button topic in this country. Ironically, it is also not the first, second or third time a police officer has murdered a private citizen this month. It seems to be a growing and pervasive issue.

When the Occupy Movement was prevalent in the news, and we saw images of police officers abusing their power, beating innocent people, shooting with rubber bullets and tear gassing private citizens, people took to the streets and the internet to expose and protest the injustice. No one complained about the outrage they felt. The riots that occurred were regarded as rogue factions, not The Movement itself. No one compared this injustice with other injustices in the community. No one talked about the fact that 86% of White Americans are killed by other White Americans. They simply said “This is terrible. What can we do to make a difference?” or…were silent.

When a cop MURDERS a teenager, who happened to be Black, in broad daylight…in a situation that has exposed lie after lie and cover up after cover up…..days after another cop MURDERS a young father holding a toy gun in Walmart……days after another cop STRANGLES a man standing in front of his home and yet another man is MURDERED, shot in the back by cops, for standing outside of his home, and people express their disgust, what do we hear? “You don’t care about Black on Black violence. Why should you care about this?” YOU dear people, those who are so devoted to the idea of proving that you are so against going with something “just because it’s Black” that you go against everything that’s Black….YOU are as much the problem as the thugs on the police force who are getting away with murder. Here’s why:

1.) These are not mutually exclusive gripes. You can care about the fact that those who are supposed to protect and serve are mowing private citizens down without regard and also care about the fact that something needs to be done to stop the violence in Black communities. Police officers are not above the law and our lack of regard as a whole is what leads to their lack of consequences, which leads to someone else burying their child because some cop decided they didn’t have the right to walk down the street. If you have admonished people for caring about police brutality in lieu of Black on Black violence, you are part of the problem.

2.) Recognize that when you compare the issue of police brutality and excessive force to the issue of violence in the Black community perpetrated by those of the Black community, you are, in effect, saying that what others do to us shouldn’t matter because we do it to ourselves. It shows that we do not care what happens to members of our community. We talk about how Black life isn’t regarded in this country, however what we fail to realize is the lack of regard for Black life is exacerbated by the fact that we unwittingly tell others that they don’t have to care, since we don’t. If you have fed into this rhetoric, you are part of the problem.

3.) Perhaps the most troubling part of the entire situation is that most of these officers (or self-appointed public protectors) never have consequences for their actions. They literally get away with murder. If you’ve been to a prison lately, you’ll understand that while Black on Black crime is a problem, more often than not, they’re taken to task for their actions. If you cannot understand the difference between the general public being held accountable for their bad behavior and cops getting paid administrative leave for theirs, you are part of the problem.

4) If you have spent more time reprimanding those who have expressed their outrage and disgust about this situation than the people who actually caused this situation, you are a part of the problem.   If this is not your particular fight, fine. Continue to fight for those who are murdered by their own (if you’re in fact doing even that much) or whatever is your mission of choice, but don’t admonish those who have taken this particular injustice up as their call.

5.) Until today, no one knew who the cop was that murdered Michael Brown. We knew only that another young Black male met his demise at the hands of those who were supposed to keep him safe. We knew that parents who were planning to send their child off to college are now planning to send him off to the cemetery. This would be no less unjust had the murderer (or the murdered even) been Black, White, Hispanic, Asian, etc. A life was lost at the hands of a corrupt system that seems to lack regard for the people it was put in place to protect. If you do not understand that, you are part of the problem.

Instead of turning our fingers to point at those who lie on either side of this issue, let us move together in the mutual respect and understanding that there are significant issues in this country, particularly as they relate to the Black community, that need to be solved. Our lives and the lives of our future generations depend on it. Let’s stop being a part of the problem and commit to being a part of the solution.