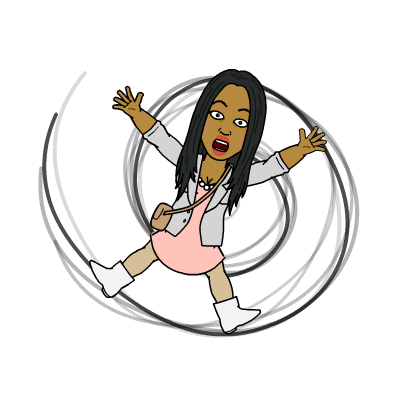 After my grandmother passed, I came back to Los Angeles and my faith was definitely tested. As excited as I was about having the flexibility to be available for auditions, they were scarce. My agency is wonderful and incredibly supportive (thank you!), but this has just been a slow year for me on that front. The one play I did this year was….an interesting experience, to say the least….one that made me question if I even wanted to act anymore.

I’d interviewed for several survival jobs and had been passed over. As I got closer and closer to my unemployment running out I wondered how I’d make it with zero money and zero job prospects. My mother and I had fallen out and I did not feel comfortable asking her for anything (knowing how close we are, that’s saying a lot. We’ve since made up and all is well with the world. ) I didn’t know what I was going to do.

I decided to move the LLC I had started in Texas, The Sur-Ryl Group, to California and look for clients. I was worried about spending what little money I had on making that happen, but was nearly out of options. As unemployment ended, I landed my first client, a tax consultant I met on Twitter. I still continued to interview and wound up getting a call from one company that wanted to bring me on board….The pay and the distance from my home, however, made it a bad financial decision….so I declined the offer which, when you don’t know where your next “piece of money” is going to come from, is a HARD decision. Thankfully, I was able to bring them on as a client, make a little money and make it through the next month.

I landed two more clients through Elance, both long-term retainer clients. Things were finally starting to look up. Days later, a wonderful woman I’d met through the National Black MBA Association when I still lived in Dallas reached out to me about an opportunity she thought might be a good fit (thank you, thank you thank you!). During the interview process I was called in to interview with another company as well….Between those jobs, my company, (which in a span of 3 months had gotten 5 new clients!) and a part-time job I’d been on for only a week, I now had options…..and felt completely overwhelmed. It’s great to have options, but which should I pick? Despite the other company offering to pay more, I decided to go with the opportunity my friend recommended me for because it felt like I was led there; it just seemed to be a perfect fit. The people on my team are amazing and are people with whom I can see myself spending the majority of my waking hours.

In my new job, I’ll be building the entire marketing department almost completely from scratch…which is scary and exciting at the same time. As I reflected on my new journey, it hit me….that’s what this year has been all about….starting from scratch. Everything is brand new….learning to live in a world where I can’t pick up the phone to call my grandmother; creating a new relationship with my mother built on mutual respect and understanding…even the relationship with my father has evolved…growing Sur-Ryl Marketing and Sur-Ryl Entertainment….figuring out the next steps in my acting career, etc…..

I can either continue to look at 2014 as an abomination or take it as an opportunity to see my world with fresh eyes and thank God for this opportunity to press the reset button and try again. Who knows what the future will hold….but I’m very excited about finding out.