What Things May Come 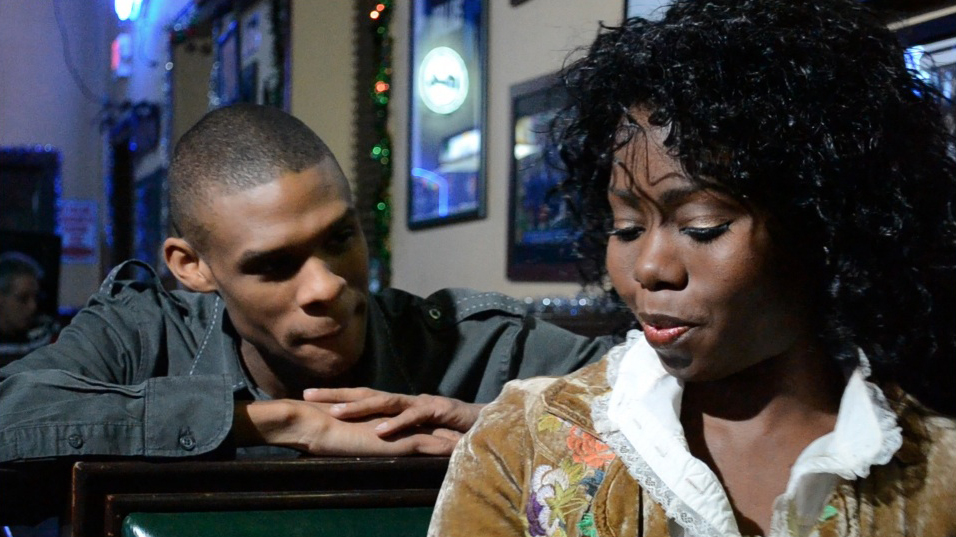 I can’t believe it’s been a year since I introduced What Things May Come to the “world” at my mom’s surprise engagement party! What a year it has been. We’ve been highly regarded in a number of film festivals, including our most recent win as “Viewers Choice” in the Valjean Film Festival earlier this month.

I’ve never really gone into much detail about how I came up with the film, so I guess now is as good of a time as any to discuss it. In August 2010 a group of friends and I (Brian Epps, Rickey Colbert and DeAnn Lax) met up to discuss how frustrated we were with the lack of opportunities for us to act. Our solution: create our own projects. The goal, since each of us are writers, was to write our own projects and help each other produce them. In hindsight, perhaps it may have been better for us to write things together rather than start out with such a separatist culture within our team….but I’m also a firm believer that everything happens the way it should….I digress. After a less than successful attempt to get our first project completed (namely because the DP ran off with our footage) we decided to regroup and work on the next project in the queue, which happened to be What Things May Come.

A few months earlier we’d had general auditions for four projects we’d planned to work on in the near future. My project at the time was supposed to be Love Trials (which will likely be my next film). One actress, Lisa B. Whitfield, came in and gave a stellar audition. There was something about her audition that led me to create the character Deborah. Brian’s film, Sin’s of a Father, had a shocking twist at the end that I found intriguing and I thought to myself, what’s a story that might have an equally unlikely outcome and be something that people truly wouldn’t suspect….so if you’ve already seen the end of the film, that’s how that came about.

It took me a couple of days to write, edit and finalize the script. After planning out the major and minor details, we were set to go. I was blessed to have many people looking out for me and giving me favors. To me, that’s part of the essence of being an indie filmmaker. Unless you’re independently wealthy or have some stellar connections, you often will not have the money to get all that you need for your film. Don’t be afraid to ask for what you need…..because you just never know what might happen. I still remember walking into Anita Blackstone’s shop Keep It Klassy Boutique, telling her my vision and her signing on almost immediately. Same thing with Eddie’s Sports Bar. Both fantastic places in Garland, Tx. Let me not fail to mention Mercantile Coffee Shop in downtown Dallas on Main street. Be sure to check them all out :). My biggest challenge was the hospital scene. I asked around, got quoted outrageous prices, got doors slammed in my face, phones hung up on me and my feelings just all around hurt trying to find a location for the hospital.

One thing I cannot express enough is the importance of mentorship. I reached out to several well-known and respected filmmakers and asked a series of questions throughout the entire process of creating my film. One such mentor is M. Legend Brown of Poor Child Films. He was so patient with me throughout the whole process, and I truly thank and appreciate him for that. Well, it was M. Legend who recommended that I contact Agora Entertainment. The people at Agora are AMAZING and went above and beyond the call of duty to help make that scene one of the best looking in the entire film. Thanks guys!

Another person I have to give MAJOR props to is my DP, Jerome Sheffield. I’ve lost count on how many compliments I’ve gotten on the cinematography. He was a joy to work with. I told him my vision and before I could even set some shots up he’d already gotten the perfect composition. And let’s not forget my editor, Adrian Mitchell. Although we had some drag down, knock out sessions, I’m thankful to you for helping me piece my vision together so that others might be able to enjoy it as much as we did :).

I’d be remiss if I didn’t thank my wonderful cast and the rest of my crew for a fantastic job. I’m not going to name you because I  don’t want to accidentally forget anyone….but you know why you are and your contribution to What Things May Come has made it the success it is so far and will be.

Finally, thank you to the 722 people who have watched it on Vimeo, those who have liked us on facebook, followed us on Twitter and who have otherwise expressed their love for our project. I hope by this time next year we have, at a minimum, 7220 views and far more winner laurels to put on our cover art 🙂